For my 10th birthday, I asked my parents to get me a poster-sized photo of my cat. I don’t remember anything else about that birthday, but I do remember being very insistent that a big photo was what I wanted for my bedroom wall.

Most children love their pets but some develop a particularly special bond. We got Felix when I was seven years old and he was seven weeks. I have no brothers and sisters so he and I grew up together. I remember walking around the house with him (“for protection”) after an attempted burglary and his favourite place to sleep was under the radiator in my bedroom.

When I was old enough to have a weekend job working at the local cinema, coming home late, Felix would wait in the driveway for me. And when I went to university, he continued to wait for me, even though I no longer came home each night.

I still have that birthday photo. My parents moved to another country a decade ago and, although we threw a lot of stuff out of the old house, I couldn’t bring myself to throw out that photo. Now it sits on a shelf in my own flat, still glued to the flap of the cardboard sleeve it originally came in.

Capturing my pet’s personality in a Photo Book

That 10th birthday was over 30 years ago. I have another cat now and my phone is overflowing with photos of him, so last year I made a Little Moments Photo Book to capture his more ridiculous moments. 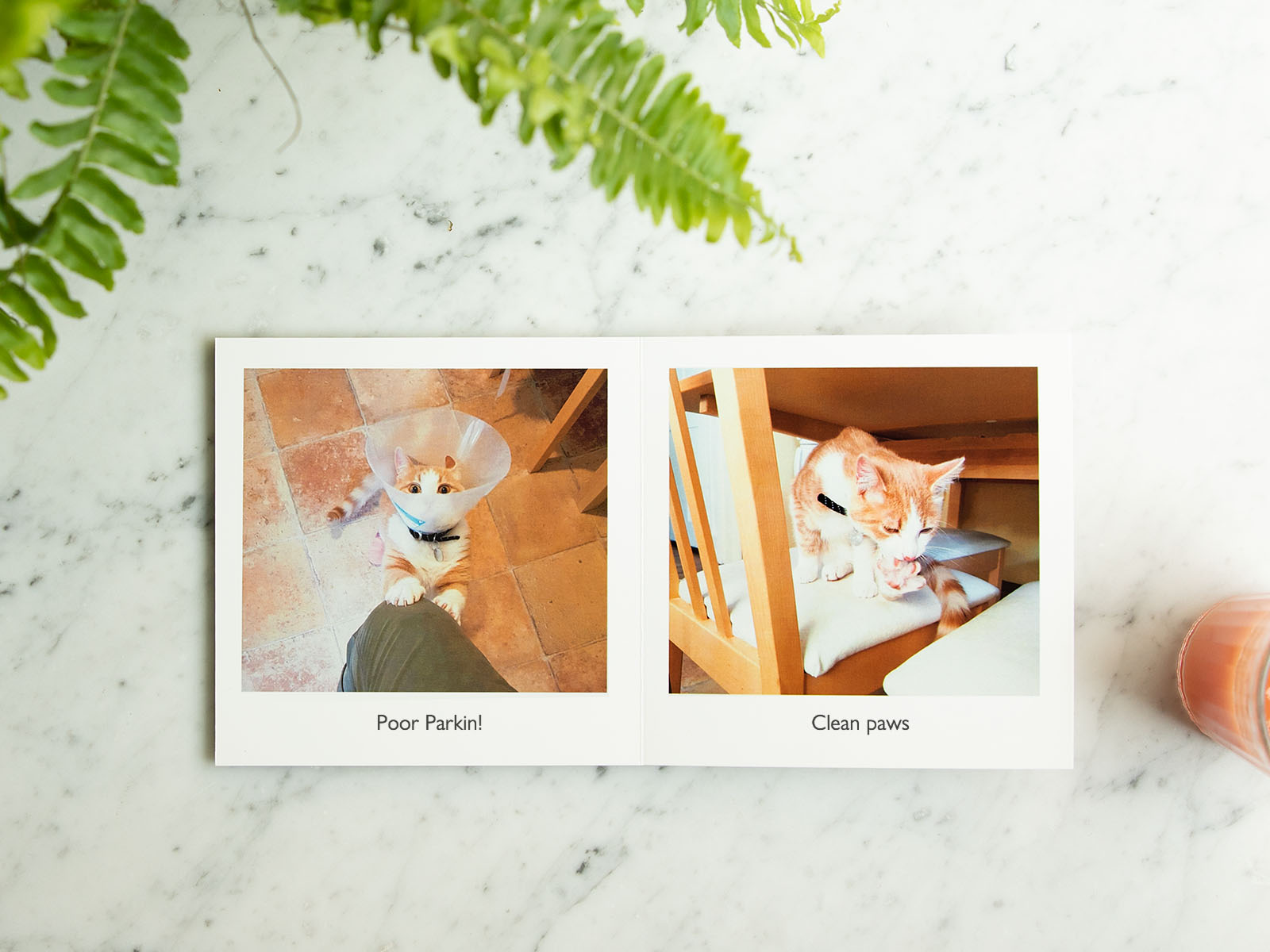 The photo on the left is my all-time favourite picture of Parkin. He’d somehow cut a hind paw a week earlier and had perfected getting the protective bandage off in under 10 minutes – so the vet handed out the dreaded plastic cone. The look on his face tells you everything about his feelings on the situation!

When I look back, if the Little Moments Photo Book had existed in the late 1980s it would have been a much better birthday gift than my enlarged photo. Even today I worry about damaging the photo of Felix, but the photo book of Parkin has sturdy pages and comes in a protective sleeve. I can stick the book in my bag and take it places (and I have), and as a child you can bet your bottom dollar I’d have taken it to school.

What I love most about the book is that it has so much more variety than the photo I had on my childhood bedroom wall. That photo of Felix makes him look like butter wouldn’t melt, but in reality he was the area’s alpha cat – who also sat like a doll as Dad put him up his jumper (while wearing it!), poking his furry head through the neck-hole. My favourite cat moments aren’t the chocolate box ones, they’re always the ones where their personality shines through. With my little book, I get to show those moments to friends who visit when Parkin’s hiding under the bed or outside on patrol.

If you know a child who insists on sleeping with their pet on their bed, who crept into the pet’s basket when they were very little, who sneaks treats from the dinner table and refuses to move if the pet is asleep on their lap, you know what to do. Or, if the idea of a poster still tickles your fancy or indeed any other photo gift, we can help with those too. 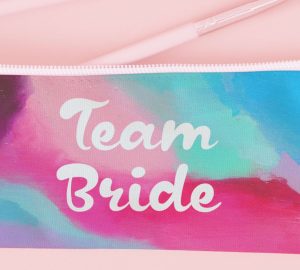 How to personalise hen party gifts for guests 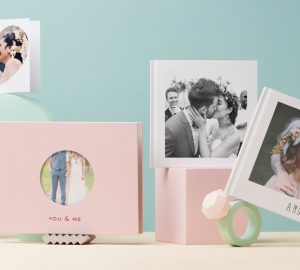 How to choose the best wedding Photo Books 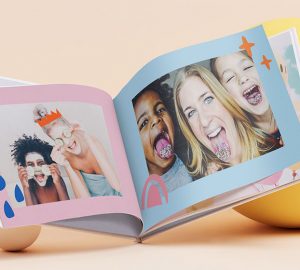